Fraud is the intentional deception of another person or group of people for one’s personal gain, financial or otherwise. In New Jersey, fraud is a crime. 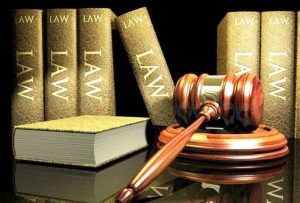 There are many different types of fraud. All frauds have one common element, and that’s an illegal gain through deceptive means. The following are the types of fraud that are indictable under New Jersey law.

1. Insurance Fraud: N.J.S.A. 17:33A defines insurance fraud in New Jersey. Insurance fraud can be committed using any type of insurance – medical, automobile, unemployment or homeowner’s. Usually, this type of fraud is committed by submitting false information to an insurance company when submitting a claim or application in an attempt to be rewarded with more compensation for a loss or more favorable terms in one’s policy.

In addition to fines and other penalties, any person convicted of insurance fraud in New Jersey may also be required to pay a civil penalty of up to $5,000.

Identity fraud is a third degree crime if two to four people are the victims of an offender’s crime, or if the amount of money lost due to identity fraud is between $500 and $75,000. A convicted defendant faces three to five years in jail plus restitution payments to his or her victim or victims.

If there are five or more victims in an identity theft case, or if the total value of the damage done is greater than $75,000, it is a second degree crime. Second degree identity frauds are punished by five to ten years in jail and restitution payments.

If there is only one victim and/or the money lost is less than $500, it is a fourth degree crime. Fourth degree identity fraud crimes are punishable by up to eighteen months in jail and restitution requirements.

3. Consumer Fraud: Consumer fraud is a broad term that refers to false promises or pretenses, omission or concealment of terms during the advertisement or sale process. Defendants found guilty of consumer fraud must pay restitution of three times the amount of the victim’s money lost back to the victim.

4. Computer Fraud: Computer fraud is any theft committed with the use of a computer or the internet. Usually, the property stolen is data that can then be used for financial gain. This can be in the form of an email scam, fraudulent auction, virus, or simply using another’s log-in information to access personal content.

Fraud and theft have similar motivations and outcomes, but it is important to note the difference between the two crimes. Fraud is committed when deceit is employed to gain a monetary or other advantage. A theft does not have the element of deception. In short, a fraud is a concealed theft, and some frauds are not discovered until months or years after they are committed.

If you have been accused of fraud, don’t wait to start building your case. You need a lawyer who’s knowledgeable about fraud to help you put forward the best defense possible. Call Ron Bar-Nadav at 201-525-1555 today to speak about your specific case and how you can win it. Don’t delay – call now to make sure you’re prepared for your court date.