Burglary is the act of committing or attempting to commit a crime inside any building or structure that one does not have permission to access. Although an offender may enter the structure that he or she commits burglary within through force, “breaking in” is not a requirement for an action to be classified as burglary in New Jersey. 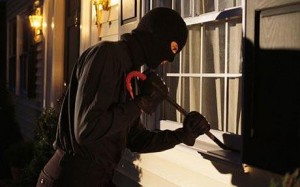 N.J.S.A. 2C:18-2 defines three separate scenarios that may be charged as burglary. All contain the element of an offender being inside an off-limits structure or building when he or she commits or attempts to commit a crime.

The key to defining a burglary is ascertaining whether the defendant specifically entered a structure with the purpose of committing a crime. The “burglary” portion of a crime is the entry and presence in a forbidden structure; this portion is only valid if another crime, such as theft, is attempted or completed.

In most cases, burglary is charged as a third degree crime. If the defendant is convicted of third degree burglary, he or she faces three to five years in jail and a fine of up to $15,000. Burglary can be charged as a second degree crime under certain circumstances. These circumstances are when the defendant becomes violent or appear to pose a physical threat to his or her victims during the crime. The law states that if the offender is armed, knowingly inflicts or threatens to inflict another person or group of people with bodily harm, or possesses a deadly weapon or explosive at the time the crime is committed, he or she may be charged with a second degree crime. The penalties for a second degree burglary conviction are fines of up to $150,000 and five to ten years in jail.

Second and first degree crimes differ from lower-graded crimes when it comes to the use of jail time as part of a convicted offender’s sentence. First and second degree crimes bear the presumption of incarceration, which means that if the defendant is convicted of the charges against him or her, he or she will most likely have to serve time in prison. In some very rare instances, the judge will not require a person convicted of one of these crime to serve time, but this is extremely unlikely. Disorderly persons offenses, fourth and third degree crimes carry the presumption of non-incarceration, which means that although jail time is possible, it is unlikely to be used, especially for first-time offenders.

Burglary is a serious crime in New Jersey. If you have been accused of burglary and need an experienced criminal defense attorney to help you build and defend your case, call Ron Bar-Nadav at 201-525-1555 today to discuss all your options and legal rights. Don’t wait – when you’re facing a criminal charge, being proactive is key. Call Ron Bar-Nadav today.