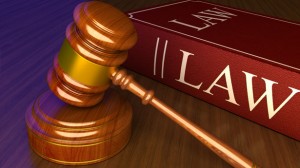 A law enforcement officer may take into custodywithout process a juvenile who the officer has probable cause to believe isdelinquent as defined by N.J.S. 2A:4A-23. When a juvenile has been taken intocustody for delinquency, a complaint, if not already filed, shall immediately befiled as provided by R. 5:20-1. The taking of a juvenile into custody shall notbe construed as an arrest but shall be deemed a measure to protect the health,morals and well-being of the juvenile, and the person taking the juvenile intocustody shall immediately notify the juvenile’s parents, guardian or othercustodian.

5:21-4. Place of Detention or ShelterCare

No juvenile shall be placed in detention or sheltercare in any place other than that specified by the State Juvenile JusticeCommission or Department of Children and Families as provided by law. Nojuvenile shall be detained or placed in any prison, jail, lockup, or policestation. If however, no other facility is reasonably available and if a briefholding is necessary to allow the release of the juvenile to the juvenile’sparent, or guardian, or other suitable person, or approved facility, a juvenilemay be held in a police station in a place other than one designed for thedetention of prisoners and apart from any adult charged with or convicted ofcrime. Nor shall a juvenile be placed in a detention facility which has reachedits maximum population capacity as determined by the Juvenile JusticeCommission.

At any time after the filing of a complaint the courtmay, after a detention or shelter care hearing and pursuant to these rules,direct that a juvenile be placed in an appropriate facility.

If a juvenile has been detained the adjudicatoryhearing shall be held within 30 days after the date of initial detention. If theadjudicatory hearing is not held within said time, the court shall, within 72hours after a motion by the juvenile so requesting, fix a date certain for theadjudicatory hearing unless an extension is granted by the court for good causeshown. Written notice of any application for a postponement shall be furnishedthe juvenile’s counsel, who shall have a right to be heard on theapplication.

5:21-8. Custody and Detention of MaterialWitness

The judge of the Family Part shall be notified whenany juvenile under 18 years of age has been taken into custody or detained as amaterial witness. The custody and conditions of detention of such juvenilematerial witness, pending the arraignment and the trial of the adult involved,shall be determined by the court upon notice to the prosecutor and other properparties. If a juvenile is held in detention as a material witness, the trial forwhich the juvenile is held shall be brought on with all possible dispatch. Thecourt may, in a proper case, dismiss a complaint for juvenile delinquency anddesignate the juvenile a material witness. Insofar as applicable, the provisionsof R. 5:21 apply to the detention of a juvenile as a materialwitness.