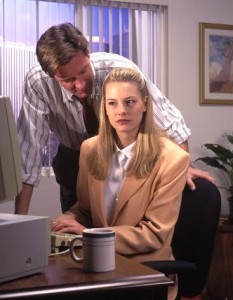 Theft is the act of stealing another person’s property. Property, as used here, can be anything that another person has a claim to own or provide – merchandise in a store he or she owns, personal property, services provided, and one’s identity.

Not every theft is graded strictly according to the value of the property stolen, though. Certain items or actions taken during a theft automatically garner a specific degree of crime during prosecution, regardless of their actual monetary worth.

If any of the following conditions are met, a theft is automatically charged as a second degree crime.

The property is taken through extortion, which is the act of obtaining something through force or a threat.

The stolen property is one kilogram or more of any illegal drug.

The stolen property is any type of human remains

Health care benefits worth $75,000 or more are fraudulently received.

Second degree theft convictions are punishable by a prison sentence of five to ten years and/or a fine of up to $150,000, or double the amount the victim lost, whichever is higher.

Third degree charges apply in all of the following theft scenarios:

The property stolen is any illegal drug worth less than $75,000.

The property stolen is less than one kilogram of any illegal drug.

The stolen property is a horse, airplane, boat, automobile, firearm, or domestic pet.

The property is a public record.

The property is part of a research project.

The property is a blank prescription script.

Health care benefits of valued at less than $75,000 are stolen.

Anhydrous ammonia is stolen to be used to make methamphetamine.

Third degree theft convictions are punishable by three to five years in jail, and/or a fine of up to $15,000 or double the amount of money the victim lost as a result of the theft, whichever is higher.

Defendants who are convicted of fourth degree theft face up to eighteen months in jail and a fine of up to $10,000. They may also be fined double the amount of money or value of the victim’s loss, if this is higher.

Thefts classified as disorderly persons offenses are punishable by imprisonment for up to six months and/or a fine of up to $1,000 or double the amount of money the victim has lost.

Identity theft is unique among the types of theft recognized by New Jersey law because it involved fraud on the part of the thief, rather than the outright taking of another’s property. It is the act of using another person’s name or other personal identification to gain money or other advantages.

If an identity thief victimizes two to four people or the amount of money lost as a result of identity theft is between $500 and $75,000, the defendant may be charged with a third degree crime. The penalties are three to five years in jail plus restitution payments to the victim or victims for any money illegally gained.

Identity theft is second degree crime if it is committed against five or more people or if the total value gained is $75,000 or more. Second degree identity thefts are punished by five to ten years in jail and required restitution payments.

Any person who steals an automobile faces additional penalties. The first time an offender is convicted of stealing a car, he or she will have his or her driver’s license suspended for one year and must pay a $500 fine. For a second offense, the defendant’s driver’s license is suspended for two years, and the fine amount raises to $750. If the same offender commits and is convicted of a third vehicle theft, he or she loses his or her driver’s license for ten years and must pay a $1,000 fine. If the vehicle stolen is valued at $7,500 or higher, the defendant may have to pay a higher fine.

The money paid to theft victims by the offender is called restitution. Only second degree theft convictions require the defendant to pay restitution to his or her victim following the cases’ settlement.

If you or someone you know has been charged with theft, call Ron Bar-Nadav at 201-525-1555 today to discuss your charge’s specific details and being building a case. If you want to defend yourself in court, you have to be proactive. Take that first step and call Ron Bar-Nadav today.