Fraud is a broad term used to describe the crime of intentionally decieving another person or group of people for one’s personal, usually financial, gain. There are many types of fraud: insurance fraud, identity fraud, consumer fraud, and computer fraud are all fraud crimes that can and have been committed against unknowing victims. 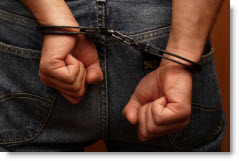 Medicaid is the federally-backed healthcare program that provides medical benefits to low-income individuals and families in the United States. The Healthcare Claims Fraud Act also describes laws pretaining to Medicaid fraud. Because Medicaid is an income-based program, some of its recipients are entitled to more benefits than others. It is illegal to receive more Medicaid benefits than one is entitled to receive and this is punishable by up to three years in prison and a fine of up to $10,000. N.J.S.A. 30:4D-17 also states laws about Medicaid benefits and abuses. It states that in addition to receiving more than one’s allottment of Medicaid benefits, overbilling Medicaid for medical services performed and offering kickbacks in connection with Medicaid services are illegal and punishable by up to three years in jail and up to $10,000 in fines.

Medicare is another social program that provides Americans with healthcare coverage, but it has a much more narrow scope of people it serves. Medicare is primarily for people over the age of sixty-five, but also serves younger people with certain disabilities and diseases. Like private healthcare insurance and Medicaid, it is illegal to overbill Medicare for services performed or to file a claim with it for services that were never actually provided.

Healthcare insurance fraud hurts all New Jerseyans. When false claims are filed or the system is overbilled, that’s money stolen from taxpayers’ and insurance policy holders’ pockets. It’s fraud, and it’s a crime. Fraud has a lot in common with theft, but the key difference is the use of deception to steal from others. Victims of fraud often don’t realize that they’ve been victimized until after the crime has been completed, sometimes months or years later.

If you have been accused of healthcare insurance fraud and need to discuss your options for a strong defense, call Ron Bar-Nadav today at 201-525-1555 to discuss your legal options. Fraud is a serious crime and a fraud conviction could land you in jail or saddled with thousands of dollars in debt. Don’t risk your life and livelihood by choosing subpar defense when it’s time to fight your case in court. Call Ron Bar-Nadav, and let him use his years of experience in criminal law to help you build the best case you can.