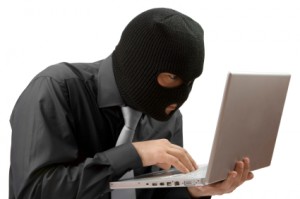 Computer fraud is any act of fraud that is committed with the use of a computer or the internet. Fraud is the intentional deception of another person or group of people for one’s personal, usually financial, gain. The term “computer theft” is also used to refer to computer-based crimes. Various tools can and have been used to commit fraud throughout history. Since becoming widespread in the 1980s, personal computers have become increasingly popular tool for thieves. As computer technology advances, the laws governing computer use as criminal tools evolve. This fairly young branch of criminal law draws precedents from notable cases from the 1990s and 2000s, such as the Melissa virus, which originated in New Jersey and eventually caused more than $400 million in damage from clogged email systems and impaired internet service to businesses in the United States.

N.J.S.A. 2C:20-25 defines the actions that constitute computer fraud in New Jersey. The following, when committed with the intention of gaining financially or otherwise at another person or group of people’s expense, are the types of computer fraud recognized by New Jersey.

If the defendant accesses any computer network, data storage system, software, computer system, network of systems or the data stored within without or in excess of authorization, he or she may be charged with a third degree crime.

It is a second degree crime to alter, damage, or destroy any of the aforementioned computer-related property.

It is a second degree crime to deny or disrupt any type of computer or internet service to others.

Using any of the previously mentioned computer systems or components to obtain personal information, services, money or property is a third degree crime unless the value of the property stolen is greater than $5,000, in which case, it is a second degree crime.

Taking, copying, or using any data, software, database, computer system, personal information, information stored in a computer network, system or storage device or program is a third degree crime unless any of the following criteria are met. In these cases, it is a second degree crime.

Accessing simply to recklessly damage, destroy or compromise data, a program, a computer system, network or storage medium, database or any type of software is a fourth degree crime. If the monetary value of the property damaged is higher than $5,000, it is elevated to a third degree crime.

Any of the above crimes may become first degree charges if any of the following circumstances are met:

If the victim of a computer-related crime is younger than eighteen years old, the charges against the defendant may be raised to “aggravated” status, which carries more strenuous penalties than non-aggravated offenses.

Many computer crimes are committed through the use of viruses. Developers create viruses that can be shared through email, shareware or websites that embed themselves into recipient computers and can steal personal information, such as passwords for online accounts. The best way to protect one’s computer from this type of crime is to have an updated anti-malware program installed and never open files from an unknown sender.

If you have been involved in a computer-related fraud case, call Ron Bar-Nadav at 201-525-1555 to discuss your legal options. His years of experience in New Jersey criminal law will help you build a solid foundation for your case. Don’t delay – call now to discuss your case’s details and find out the best way to pursue it in court.