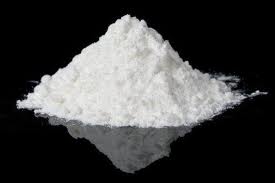 In New Jersey and the rest of the United States, drugs are categorized into five groups. These groups are called “schedules” and organize controlled dangerous substances, CDS, by their danger to users, potential for addiction and abuse, and value to the medical profession. The penalty for possession of a CDS depends on the schedule of drug that an offender is caught with and whether it is his or her first, second, or additional offense. Below is a guide to the schedules of controlled dangerous substances.

have a high potential for abuse

have no current medical use in the United States

have no accepted safety regulations regarding its use

have high potential for abuse

have some currently, but restricted, medical use

have potential for addiction

have current medical use

have a low potential for addiction

have a low potential for abuse

have current medical use

abuse could lead to a dependance, but this dependance is less likely than a Schedule III drug

N.J.S.A. 24:21-29 states that if an offender is arrested for possessing a CDS for a second or subsequent time, the penalties for the charge are doubled. For example, a person caught possessing heroin for the second time faces a fine of up to $70,000 and six to ten years in prison.

It is important to note that unlike marijuana possession, the penalty for possessing a controlled dangerous substance does not change according to the amount an offender is found possessing. With these drugs, all possession is a crime. Using these drugs and being caught under the influence of them is a disorderly persons offense, which is punishable by a fine of up to $500.

In New Jersey, marijuana is treated differently from other drugs. The amount of marijuana one is caught possessing determines what degree of crime he or she has committed by possessing it. Because marijuana has been approved for some medical use in New Jersey, people with prescriptions for it may legally possess and use marijuana. For others, N.J.S.A. 2C:35-10 states the penalties for marijuana possession in New Jersey.

Any person found possessing fewer than fifty grams of marijuana or five grams of hashish is subject to a disorderly persons offense charge. The penalty for this is a fine of up to $1,000 and/or up to six months in jail. For offenders found with more than fifty grams of marijuana, the charge becomes a fourth degree crime. Any person convicted of a fourth degree crime faces a fine of up to $10,000 and up to eighteen months in jail.

If you are fighting a drug charge, call Ron Bar-Nadav at 201-525-1555 today to discuss your case and your options. His knowledge of New Jersey law can help you develop and present your case in the best possible manner. Representation is important. Make sure you hire the best representation there is for your case.