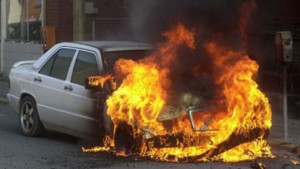 In recent weeks there has been a question about the meaning of the term “substantially identical” in New Jersey’s assault firearms law. The Legislature addressed this question in the provisions of the Code of Criminal Justice, and despite the clarity of the law, it is appropriate for the Attorney General to provide guidance to the prosecutors in order to ensure that the law is administered uniformly and effectively throughout the State. N.J.S.A. 52:17B-98. I am directing the prosecutors, as chief law enforcement officers of their respective counties, to share this guidance with local police departments, who in turn should provide copies of this memorandum to any member of the public who requests information on assault firearms.

New Jersey law lists firearms that are prohibited “assault firearms.” N.J.S.A. 2C:39-1w.(1). In addition, the law provides that the term “assault firearm” includes, “Any firearm manufactured under any designation which is substantially identical to any of the firearms listed” in the law. N.J.S.A. 2C:39-1w.(2). Thus, a firearm is an assault firearm if it is included on the list of banned firearms or if it is manufactured under a different designation than a firearm on the list but is “substantially identical” to a specific listed firearm.

We believe “substantially identical” is clear by its plain meaning. The Criminal Code provides that the statutes in the Code must be read “according to the fair import of their terms.” N.J.S.A. 2C:1-2c. The Criminal Code explains that where language may be susceptible to different readings it must be construed to “give fair warning of the nature of the conduct proscribed.” N.J.S.A. 2C:1-2a.(4), c. Simply put, the phrase “substantially identical” must be given its plain meaning, one that gives fair warning.

A semi-automatic firearm should be considered to be “substantially identical,” that is, identical in all material respects, to a named assault weapon if it meets the below listed criteria:

A. semi-automatic rifle that has the ability to accept a detachable magazine and has at least 2 of the following:

a folding or telescoping stock;

a pistol grip that protrudes conspicuously beneath the action of the weapon;

B. a semi-automatic pistol that has an ability to accept a detachable magazine and has at least 2 of the following:

an ammunition magazine that attaches to the pistol outside of the pistol grip;

a shroud that is attached to, or partially or completely encircles, the barrel and that permits the shooter to hold the firearm with the nontrigger hand without being burned;

manufactured weight of 50 ounces or more when the pistol is unloaded; and

a semi-automatic version of an automatic firearm; and,

C. a semi-automatic shotgun that has at least 2 of the following:

a folding or telescoping stock;

a pistol grip that protrudes conspicuously beneath the action of the weapon;

a fixed magazine capacity in excess of 5 rounds; and

an ability to accept a detachable magazine.

Law enforcement officers should, whenever possible, attempt to be helpful and to respond to inquiries concerning particular firearms. Private citizens should also be encouraged to consult with their own attorneys and, where necessary, referred to the Firearms Unit of the Division of State Police.

IV. Purpose and Effect of these Guidelines