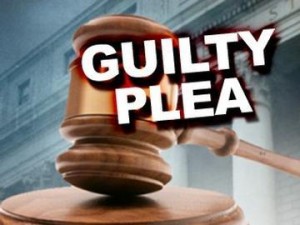 In New Jersey, the terms “DUI” and “DWI” are used interchangeably.Both refer to the charge of operating a boat or motor vehicle while one’s bloodalcohol content is .08% or higher.

Blood alcohol content is measured with an electronic device known asa Breathalyzer. If a driver is pulled over on the suspicion that he or she isintoxicated, an officer may administer a Breathalyzer test. The device uses abreath sample to determine the driver’s blood alcohol content. If a driver’sblood alcohol content is higher than the legal limit of .08% for drivers overthe age of 21 or .01% for drivers younger than 21, he or she may be charged witha DWI. All licensed New Jersey drivers give consent to the Breathalyzer whenthey receive their licenses, thus giving what’s known as implied consent if theyare ever in a situation where one may be used. Refusing to take the Breathalyzertest will result in a DWI charge equal to that of a driver with a blood alcoholcontent of .10% or higher. This charge carried a driver’s license suspension ofseven months to one year.

A first offense DWI charge’s penalties are determined by thedriver’s blood alcohol content at the time of his or her arrest. There are threetiers of penalties for this offense.

For drivers with .10% blood alcohol or higher,

If the driver is found to have a blood alcohol content of .15% orhigher, he or she faces:

A second offense DWI charge carries steeper penalties for a driver.These include a loss of driver’s license for up to two years, up to ninety daysin jail, community service, installation of an ignition interlock device, drugeducation and multiple fines and fees payable to the New Jersey Motor VehicleCommission and other organizations created to reduce drunk driving violations inNew Jersey.

A person’s blood alcohol content is determined by his or her sex andweight along with the amount of alcohol consumed, the rate at which it’sconsumed and the amount of food he or she eats while consuming alcohol. Alcoholis metabolized at a rate of .015% every hour. This is the only way to metabolizealcohol. Consuming coffee, taking a shower or any other method, cannot lowerone’s blood alcohol content. Only time can lower it.

If you have been charged with a DWI in New Jersey, call RonBar-Nadav to discuss your legal options. His experience with New Jersey’s DWIlaws can help you build and fight your case.